Why do the Functional Movement Screen?

Why do the Functional Movement Screen?

Someone asked me the other day why we do the functional movement screen and what each part of the screen shows. The short answer to this question is that the FMS is an efficient way to quickly point out any asymmetries or dysfunctional movement patterns. When we are able to point out these asymmetries, then we can prescribe certain corrective movements to help improve movement and then we complete the screen in a few months to see if there has been improvement.

The Functional Movement Screen consists of seven different movements. These seven movement patterns are the deep squat, hurdle step, inline lunge, shoulder mobility, active straight leg raise, trunk stability push up, and rotary stability. Each of these tests is a fundamental movement that we use in our everyday lives.

For example, we squat down and stand up all day long, from getting in and out of the car, sitting on the toilet, or simply squatting down to pick something up off the floor.

The hurdle step movement shows how we can move from a bilateral stance to a single leg movement. We perform this movement pattern when walking up a flight of stairs, climbing a ladder, or simply stepping over an object on the floor.

The inline lunge shows the ability to lower our center of mass in a stride foot position often used in times of deceleration and direction change (FMS, 2015). In everyday life, we use the half kneeling or lunge position to lower ourselves to pull weeds or pick up a ball on the golf course.

The active straight leg movement pattern is used to show the reciprocal lower body pattern that is used in many daily activities such as bending over to pick something up, deadlifting, hiking, or climbing stairs.

The trunk stability push up screen is used to show the reactive sagittal plane pattern. This is used in movements such as running and jumping by resisting extension and transferring forces from the lower body to the upper body (FMS, 2015). Some daily activities that involve this type of movement pattern include pushing a lawn mower, or picking up your children.

Posted in From the Coaches 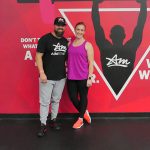 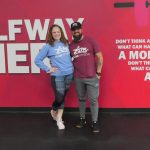 Get more articles like this delivered straight to your mailbox.

The Time Is Now